I traveled to Washington DC in February, 2003 on business.  I brought my camera along and have put up some pictures for the sake of sucking up your bandwidth.

I walked up to the White House and stood watching it for a half hour.  As I looked at it, I reflected on how it looked different from the movies.  Of course, after about 10 minutes, I realized I was, in fact, looking at the back of the White House.  Ah. 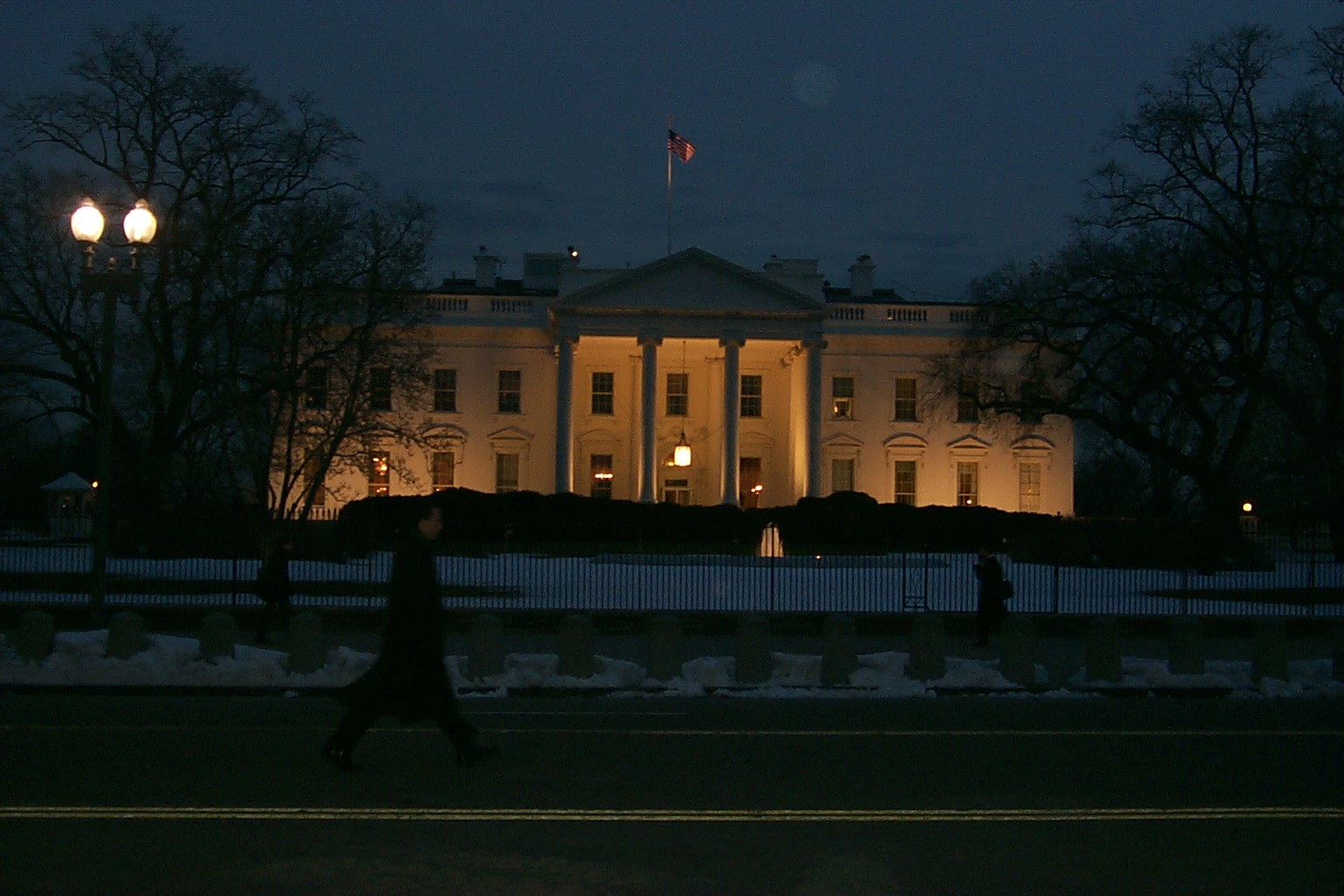 As I stood watching, I suddenly noticed movement on the roof.  I'm not sure if you can discern it from the picture, but I realized that the roof is covered with (presumably) Secret Service, and at this point at least two of them were staring at me.  I have to wonder if they have a couple Stinger missiles up there....  then I wonder, if so, do they bring up fresh ones each shift?  Or do they have some sort of locker up there to protect them from the weather?  Ah well, I don't really wonder THAT much.... 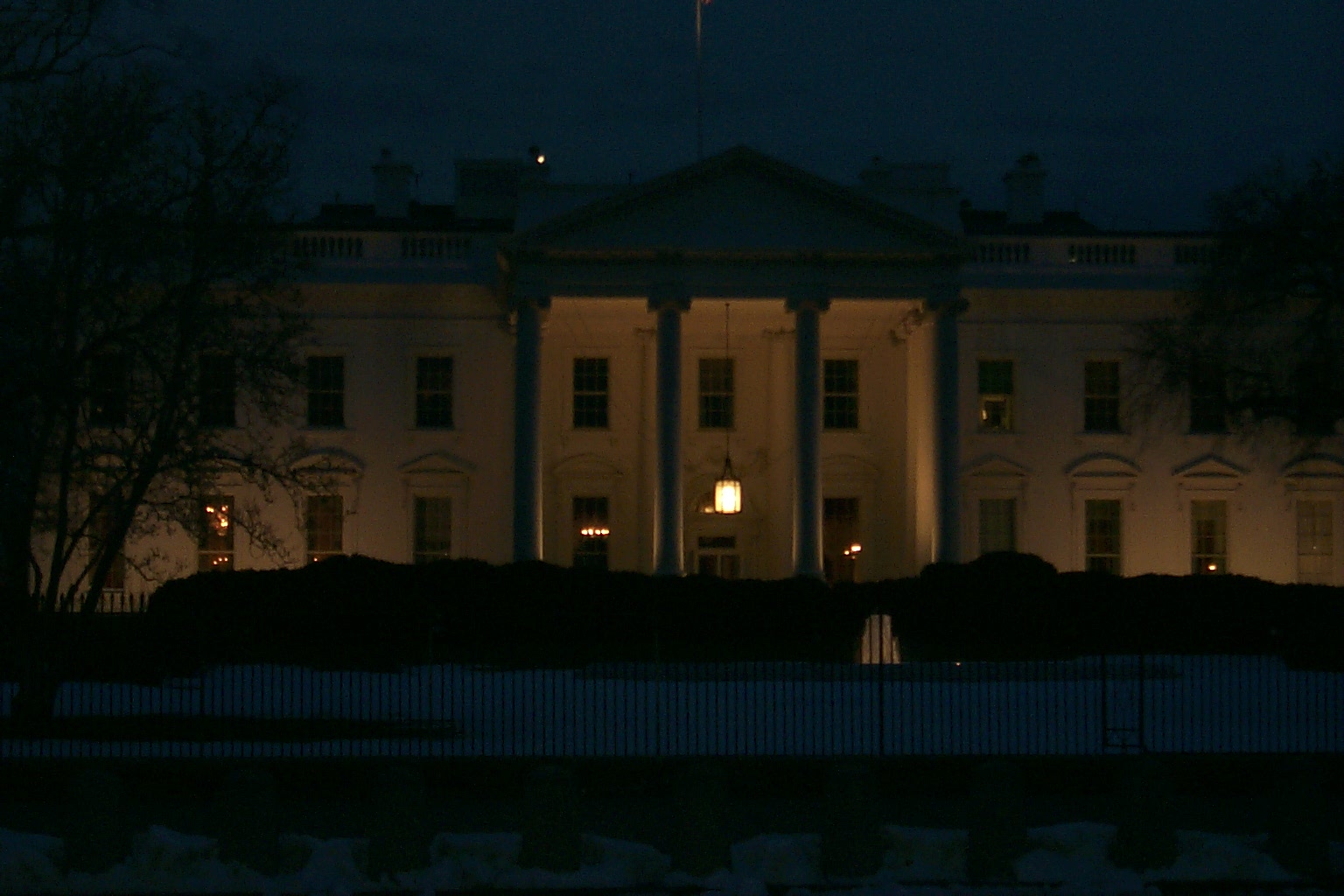 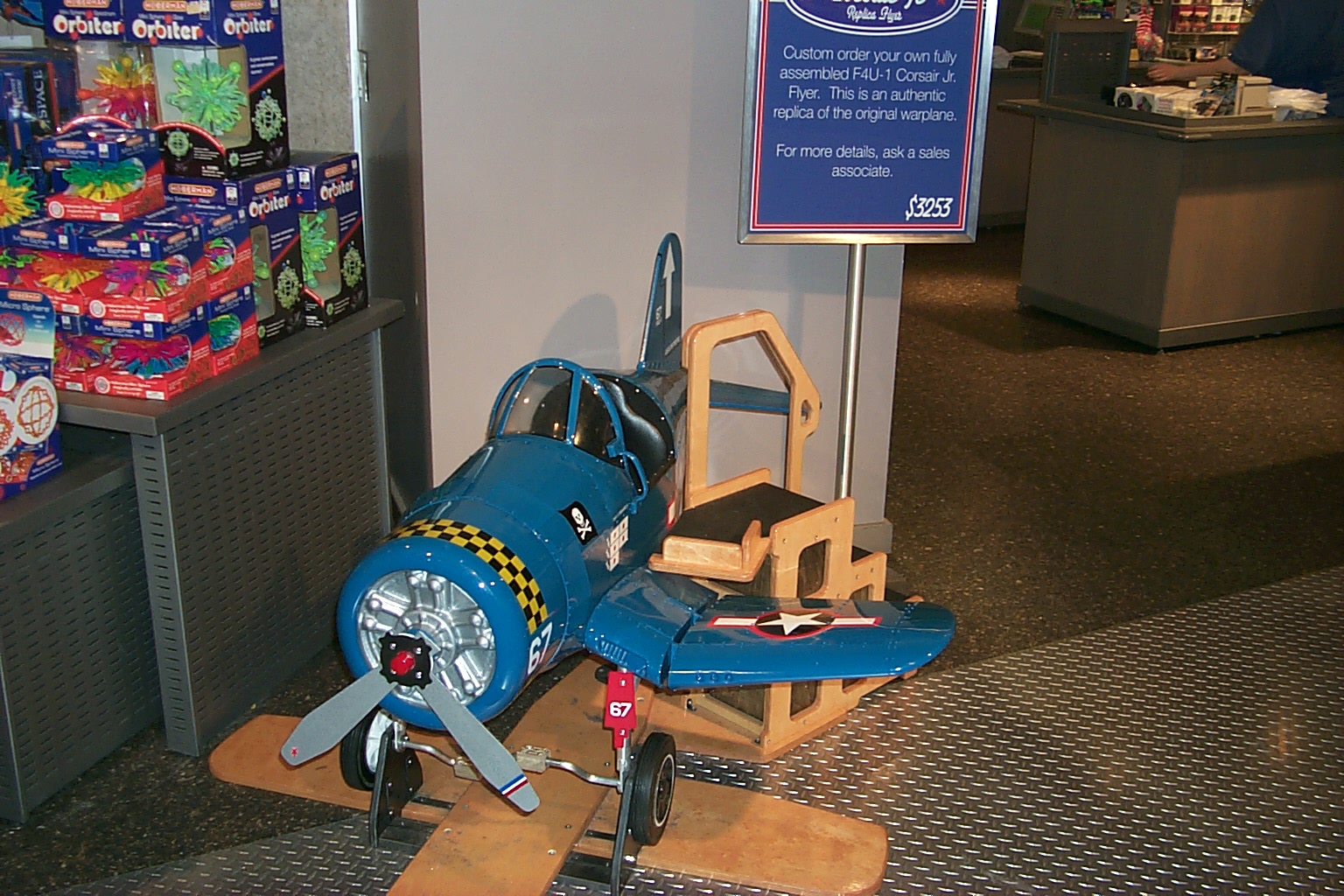 An X-15, the coolest airplane built.  "But ben," you simper, "what about the SR-71?  *sniffle*".  The SR-71 is cool, there's no doubt about that, but it's simply not in the same league as the X-15, a freaking ROCKET PLANE that can go so high and so fast that its pilots often qualified for Astronaut Wings!  That, my friend, is cool. 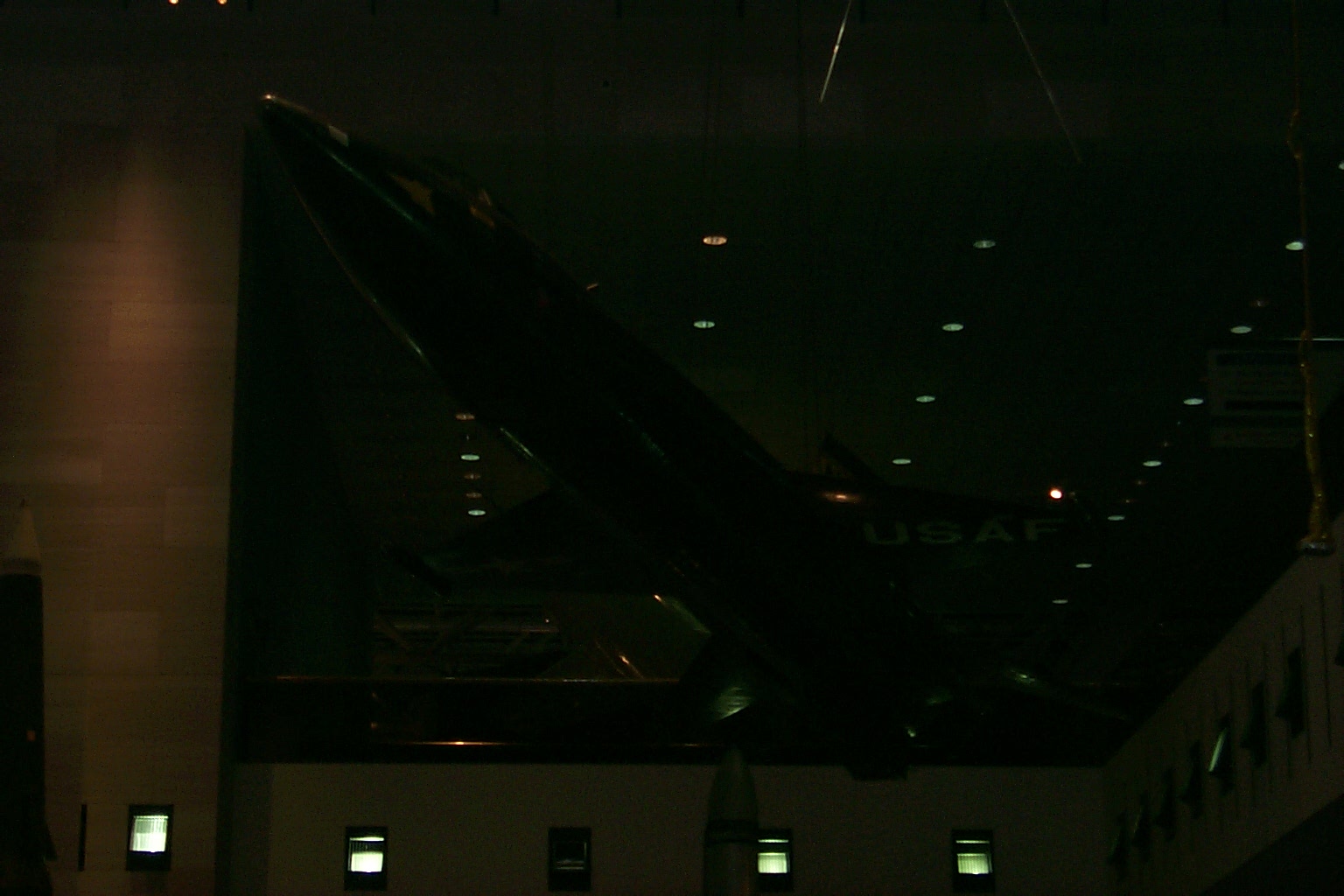 A neat mockup of a lunar lander.  As small as they were, they sure are big in person. 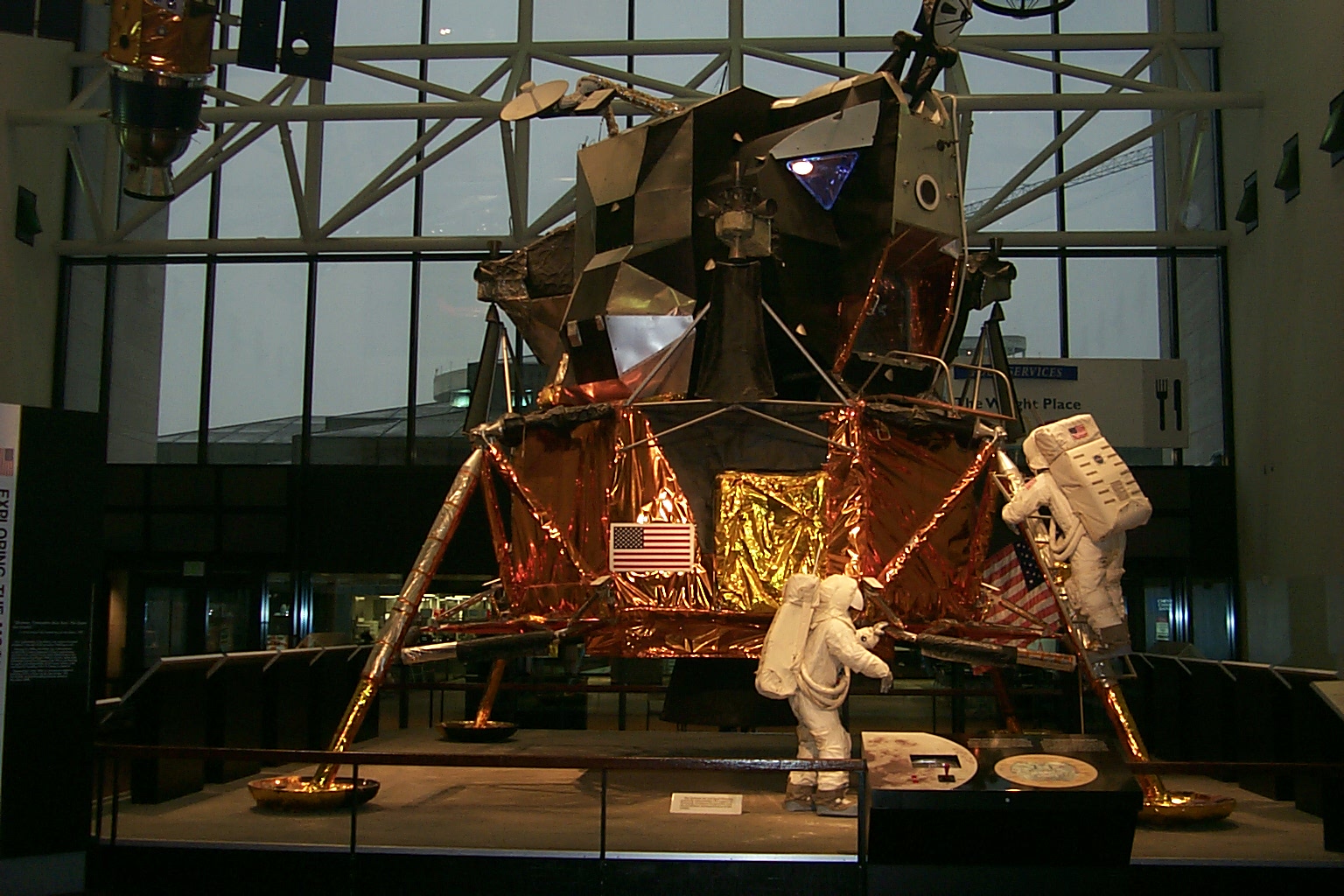 The V2.  THIS is what a rocket should look like.  These were amazing machines.  As militarily insignificant as they were, they still made amazing advances in technology that even modern rockets still use. 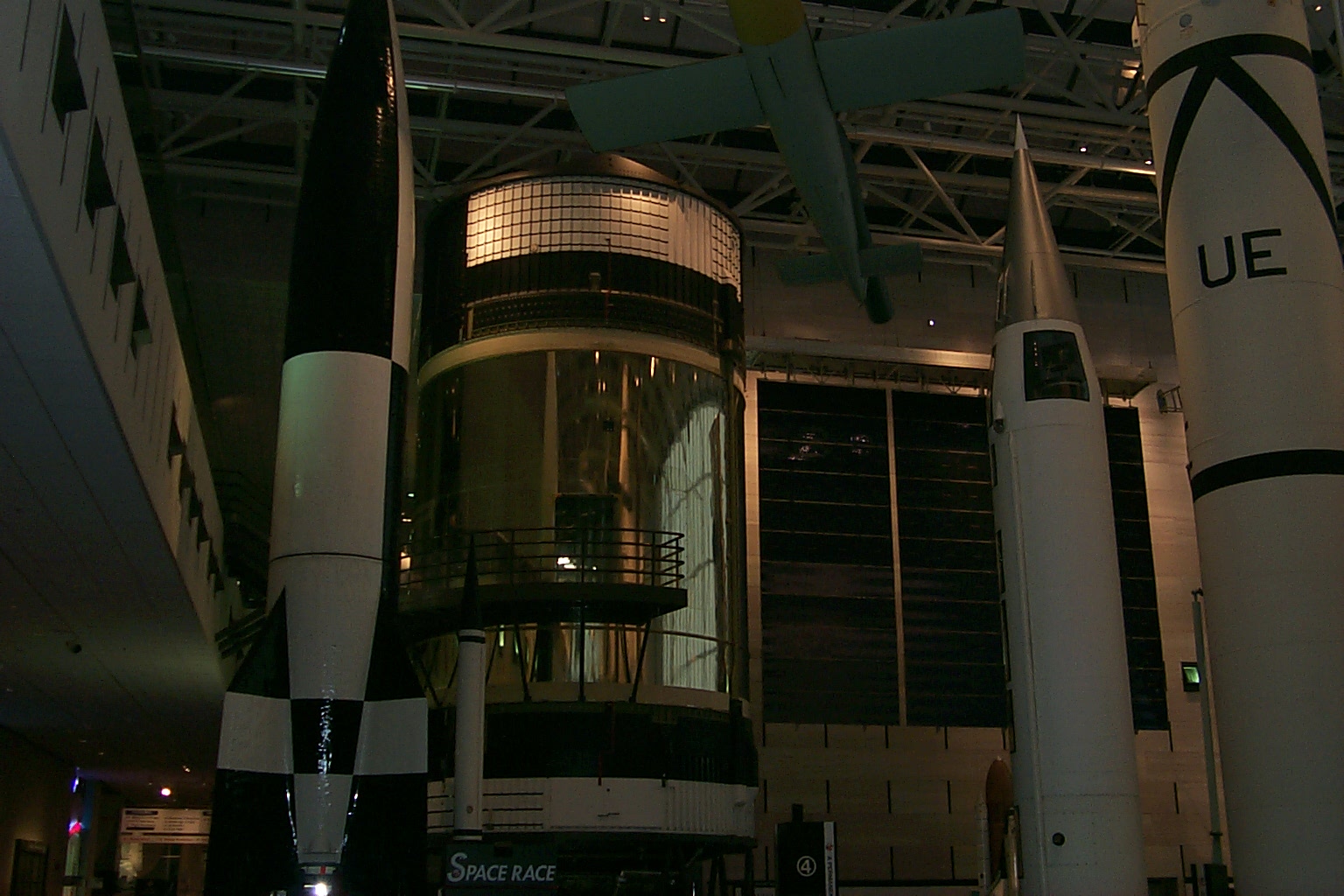 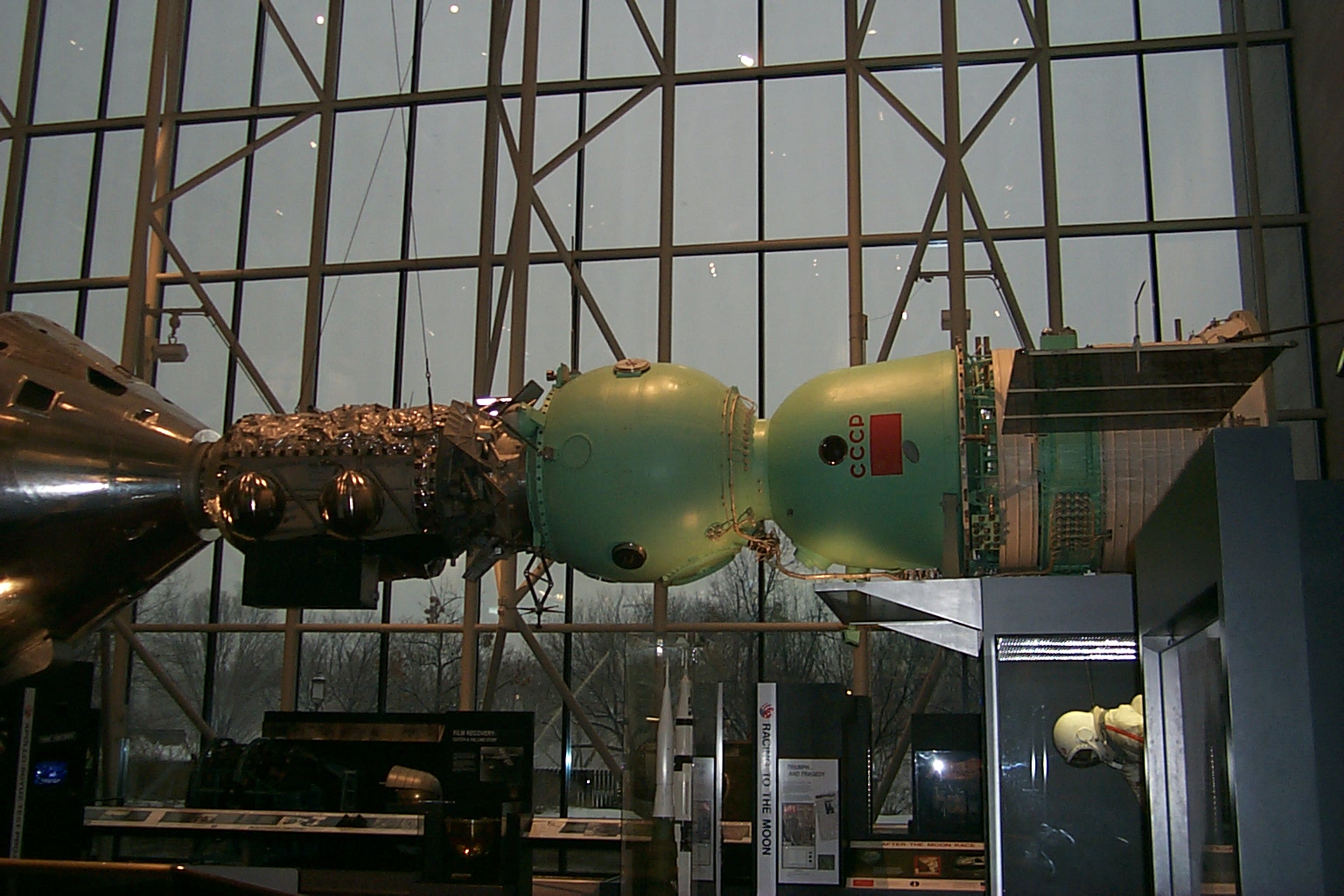 Glamorous Glennis, the plane Chuck Yeager first poked a hole in the sky with back in 1947.  Now, 50 years later, the sky is filled with thousands of supersonic spaceliners which can take travelers from New York to Tokyo in less then...  wait....  that's not right.  Hey, what happened?  I was told there would be hypersonic spaceliners. 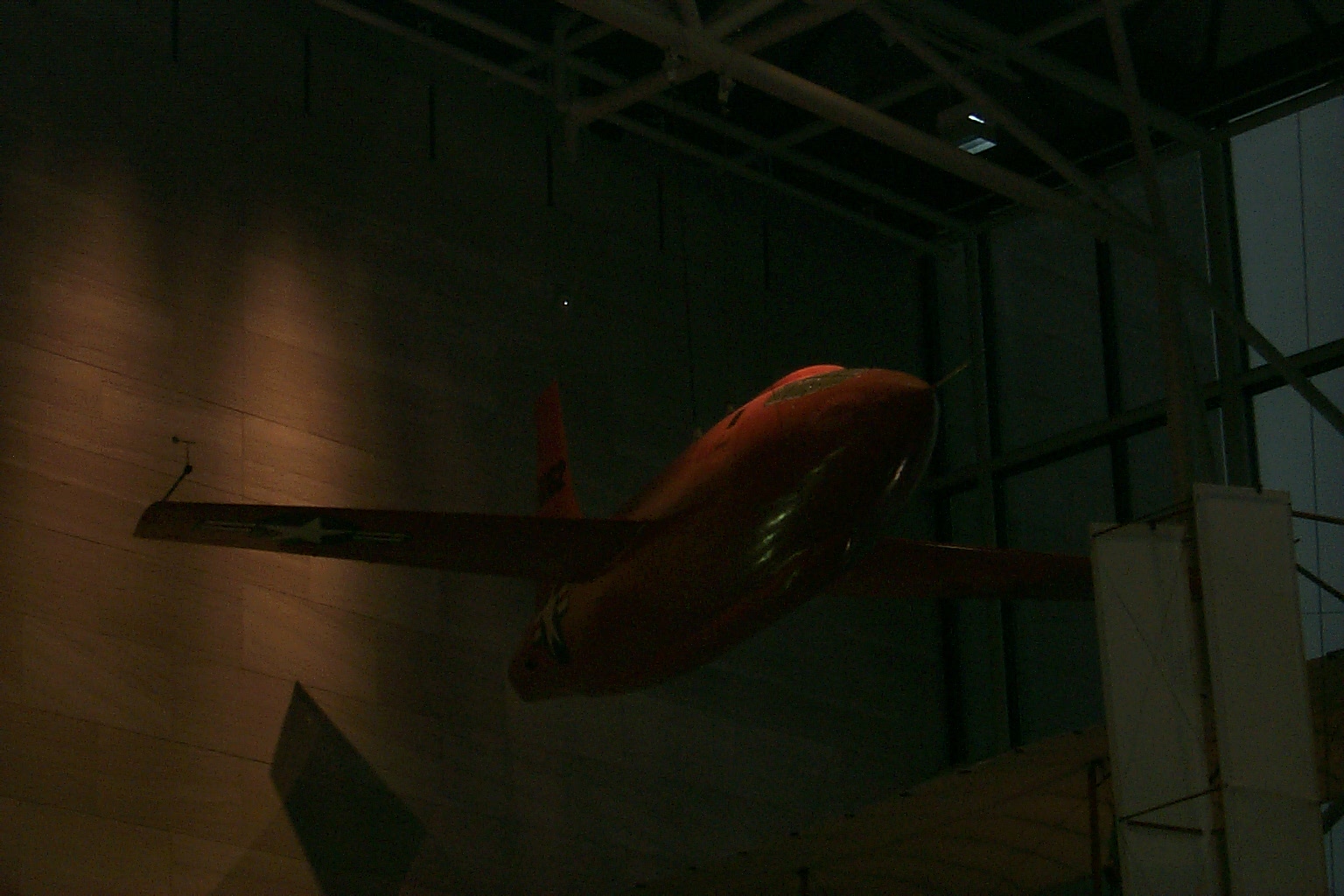 A very neat museum.  Where else can you take a badly washed out picture less then a foot away from the spacecraft that carried Neil Armstrong, Buzz Aldrin, and that other guy (ha ha ha) to the moon and back. 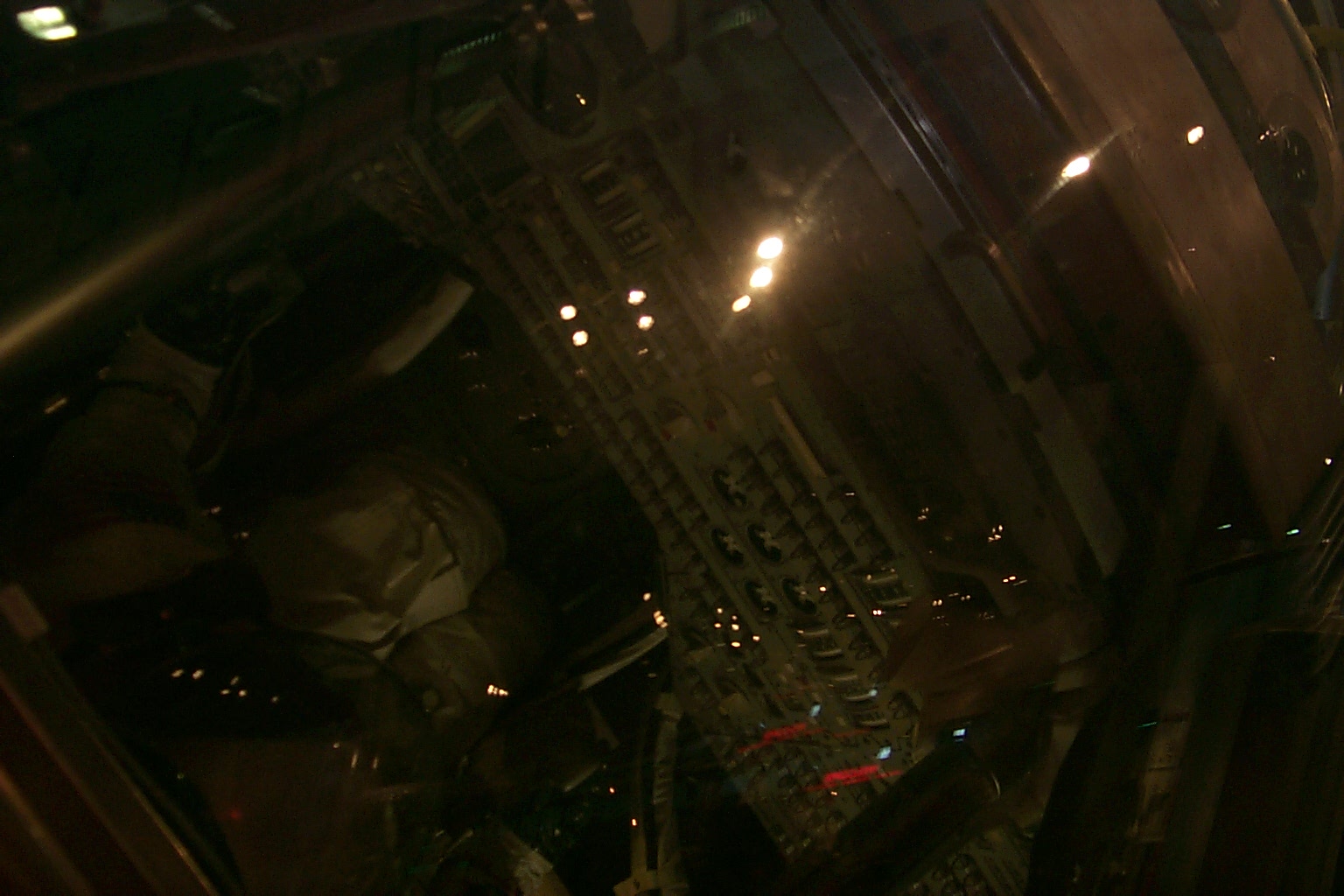 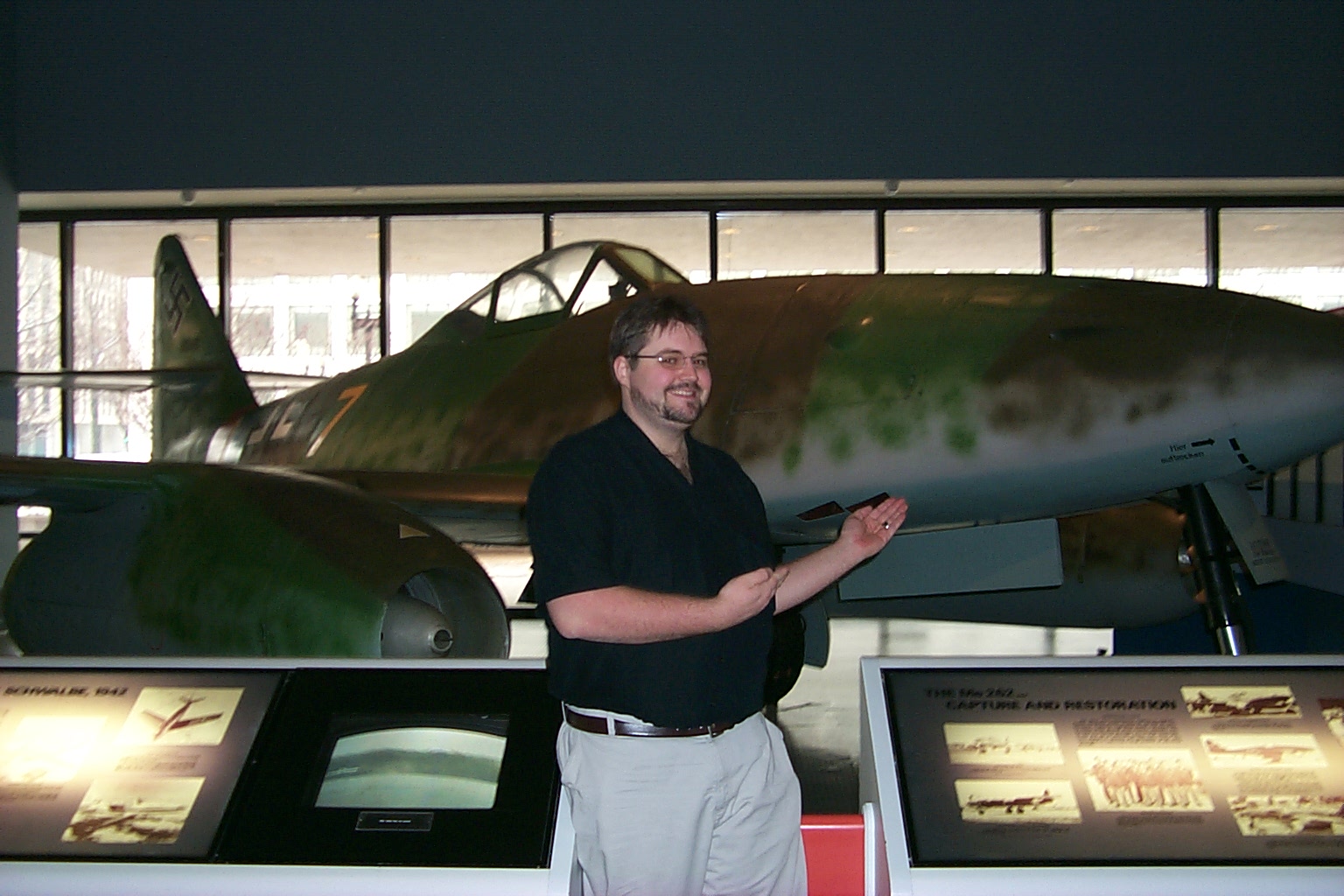 An F-1 engine, the same type that launches the Saturn Vs to the moon. 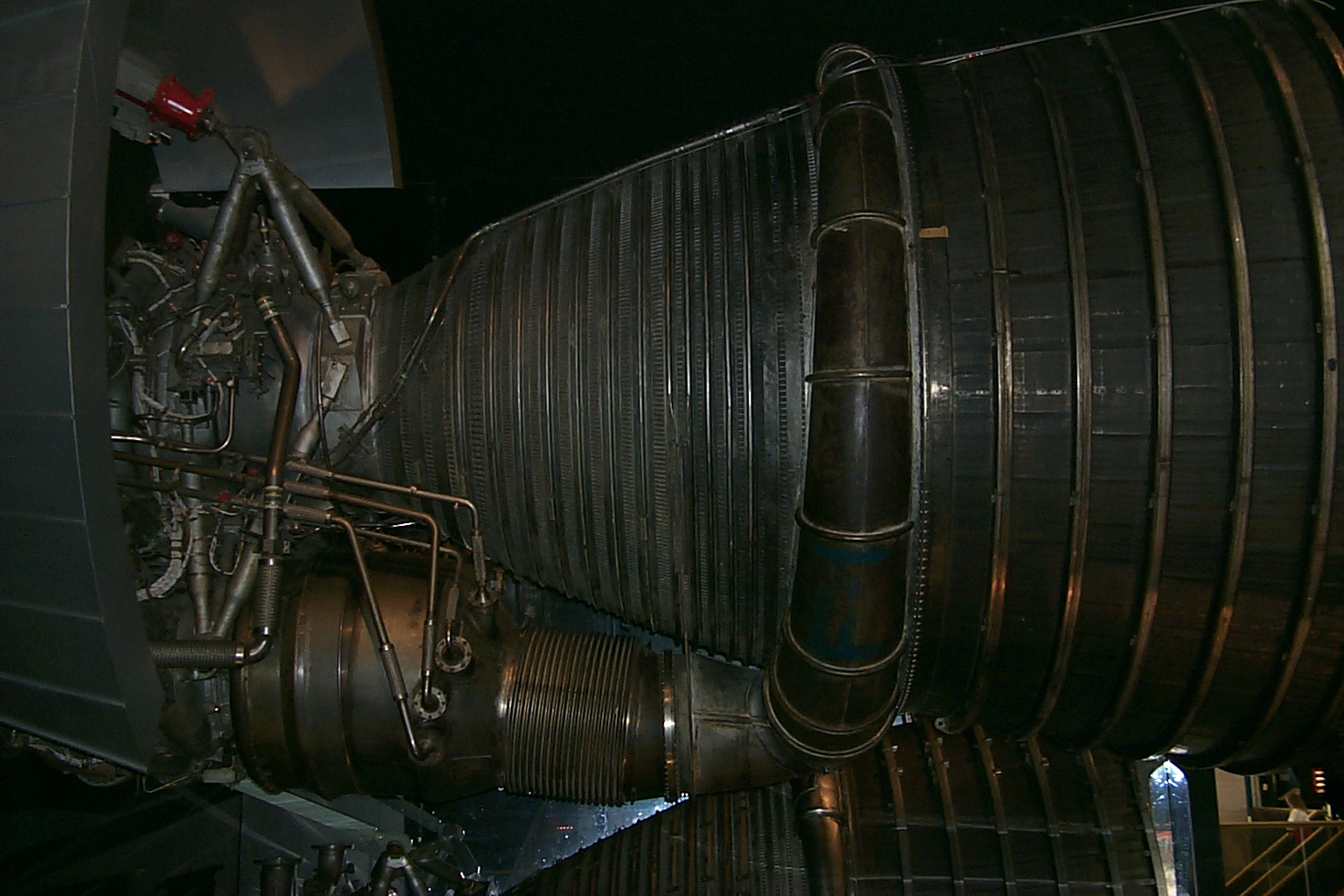 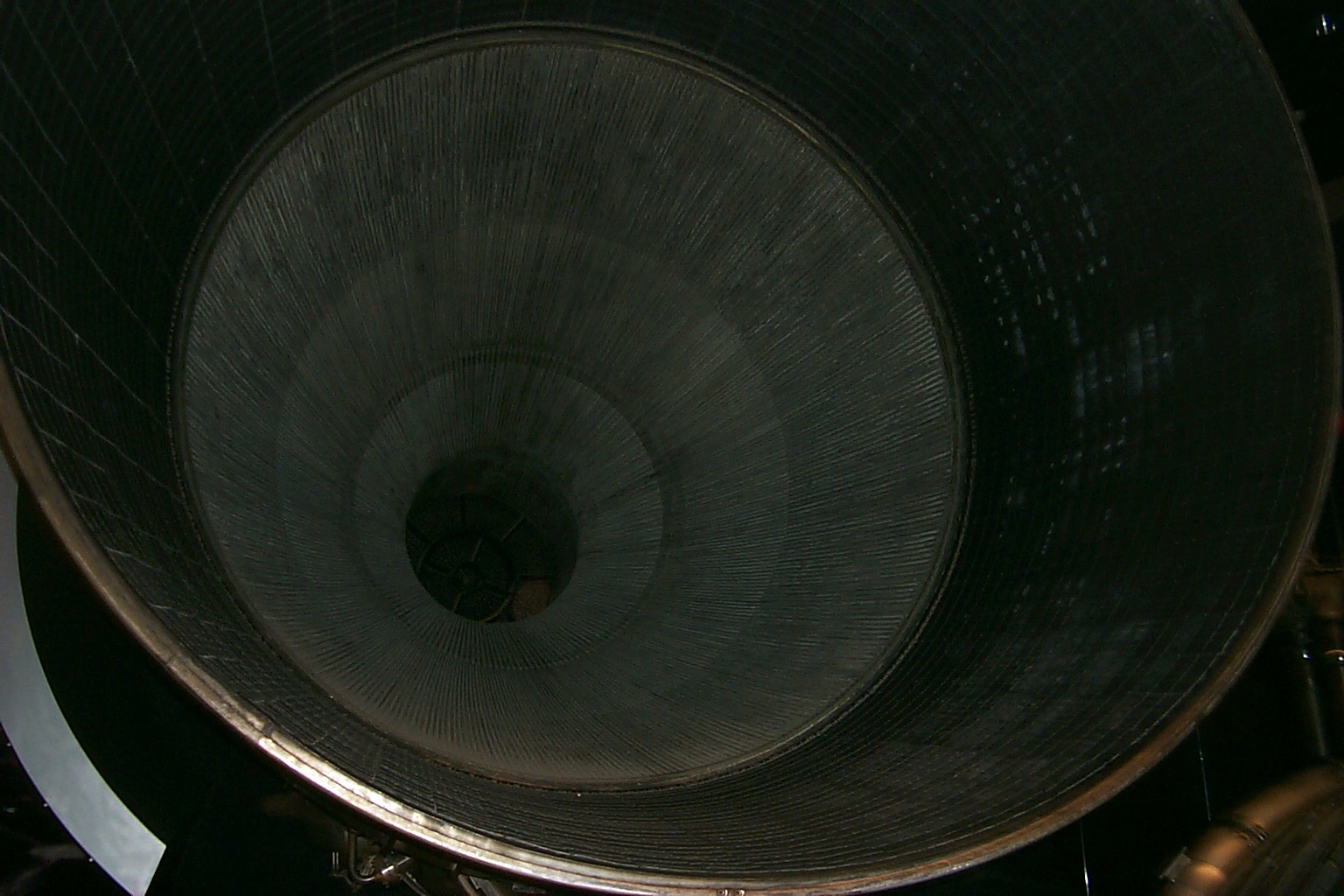 The root of ever so many problems. 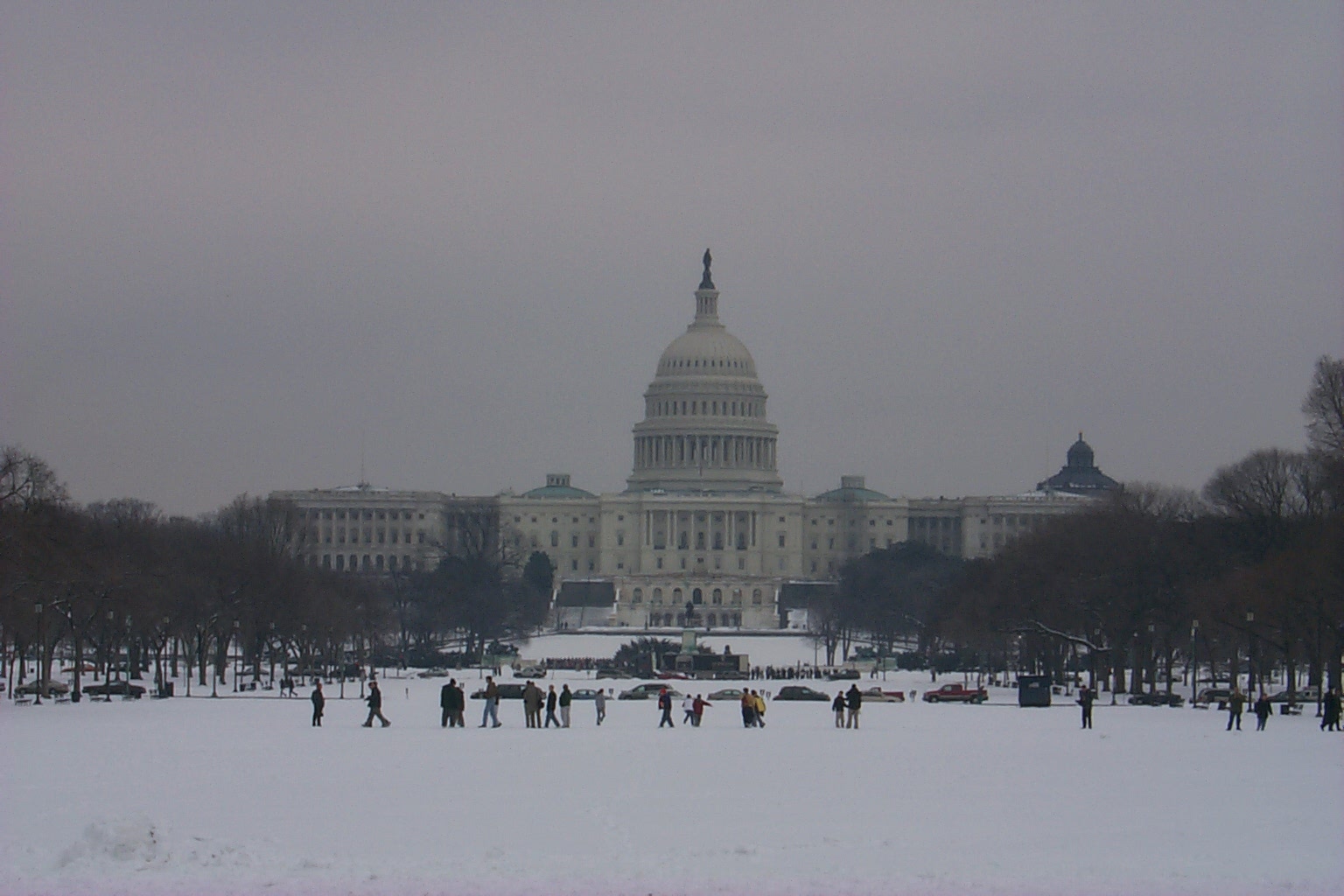 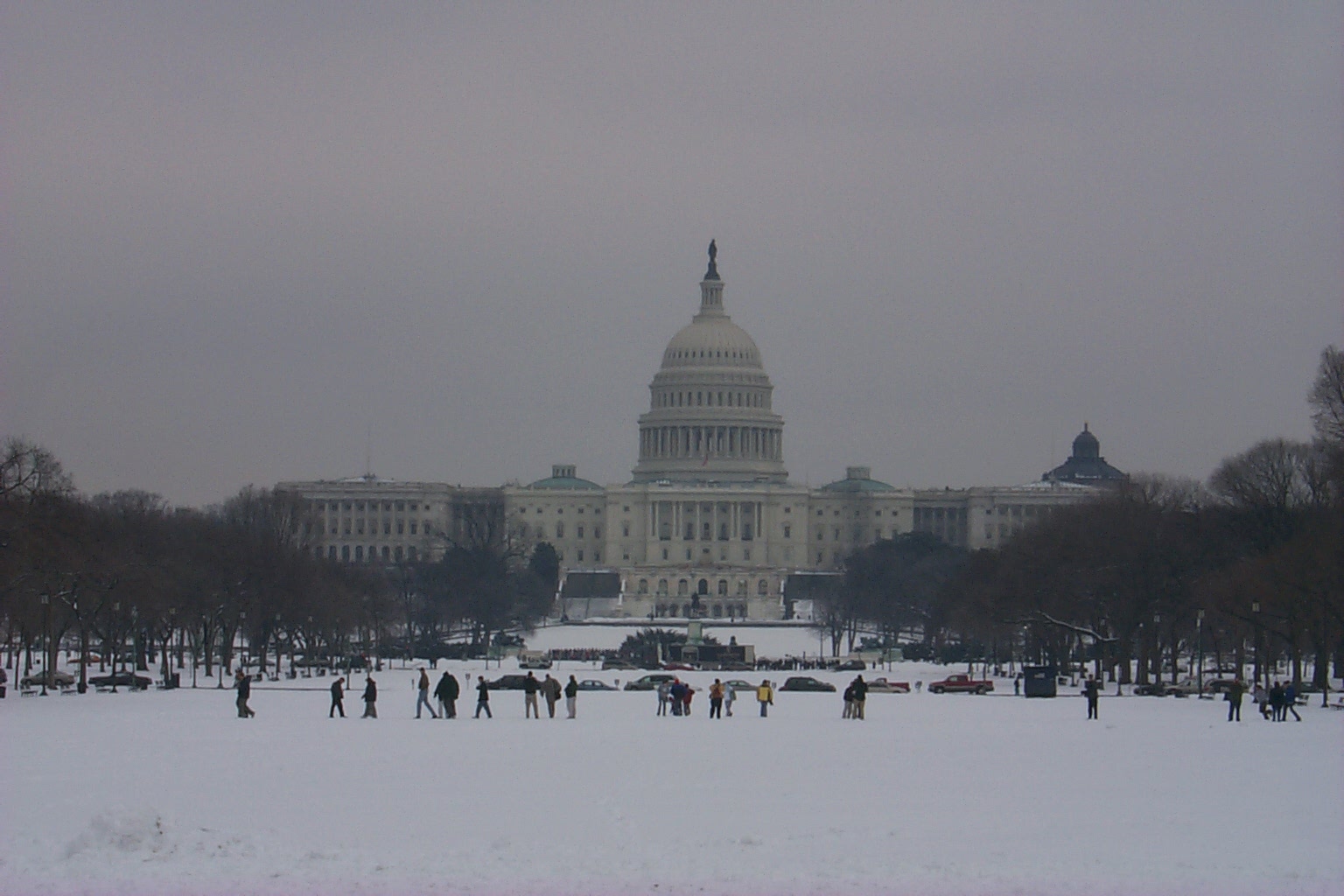 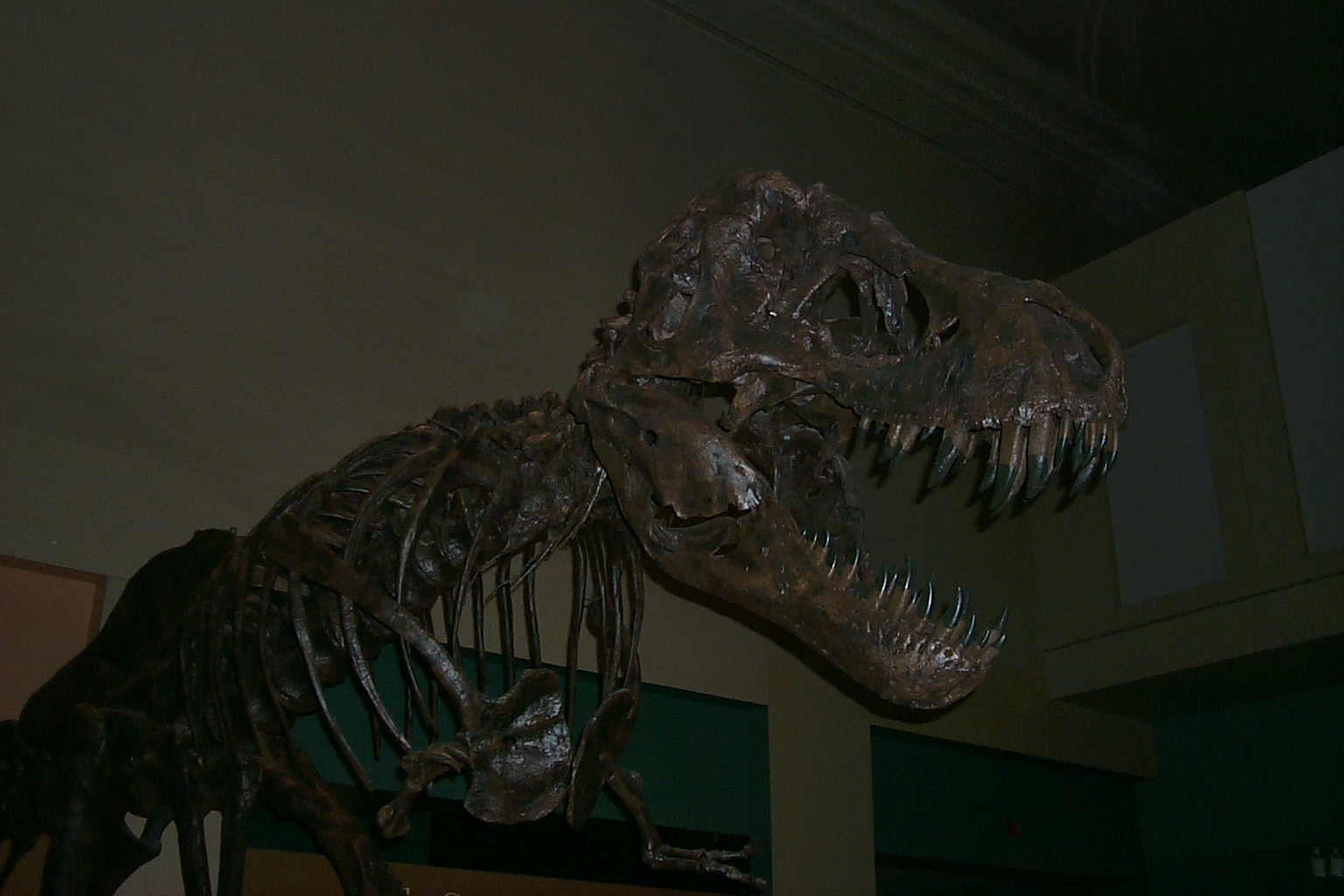 I wonder how well it fits in New York's Lincoln Tunnel? 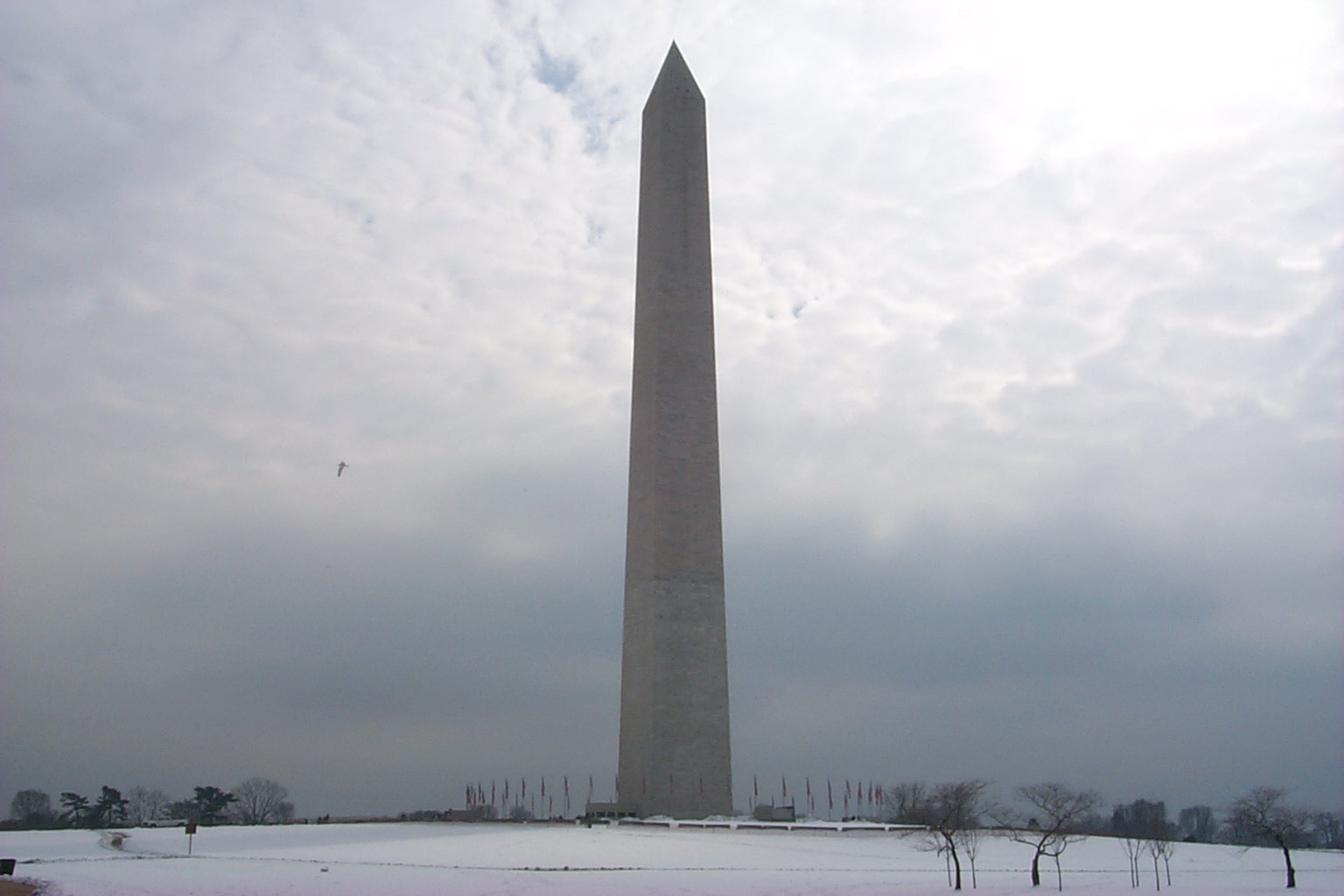 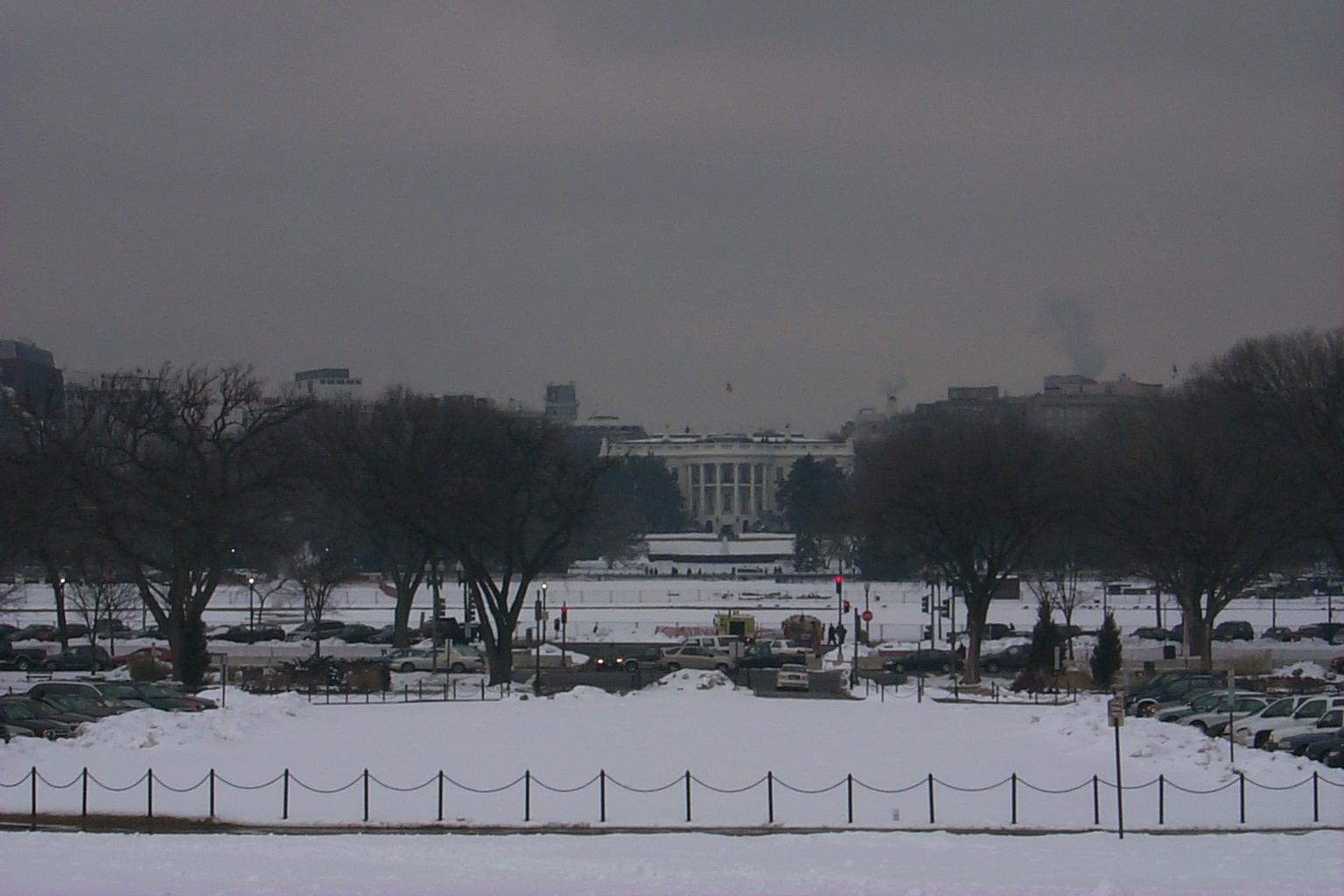 "Hey buddy, I heard that Washington Monument joke a couple pages up.  Don't mess with me, I'm made out of rock, I could totally mash you." 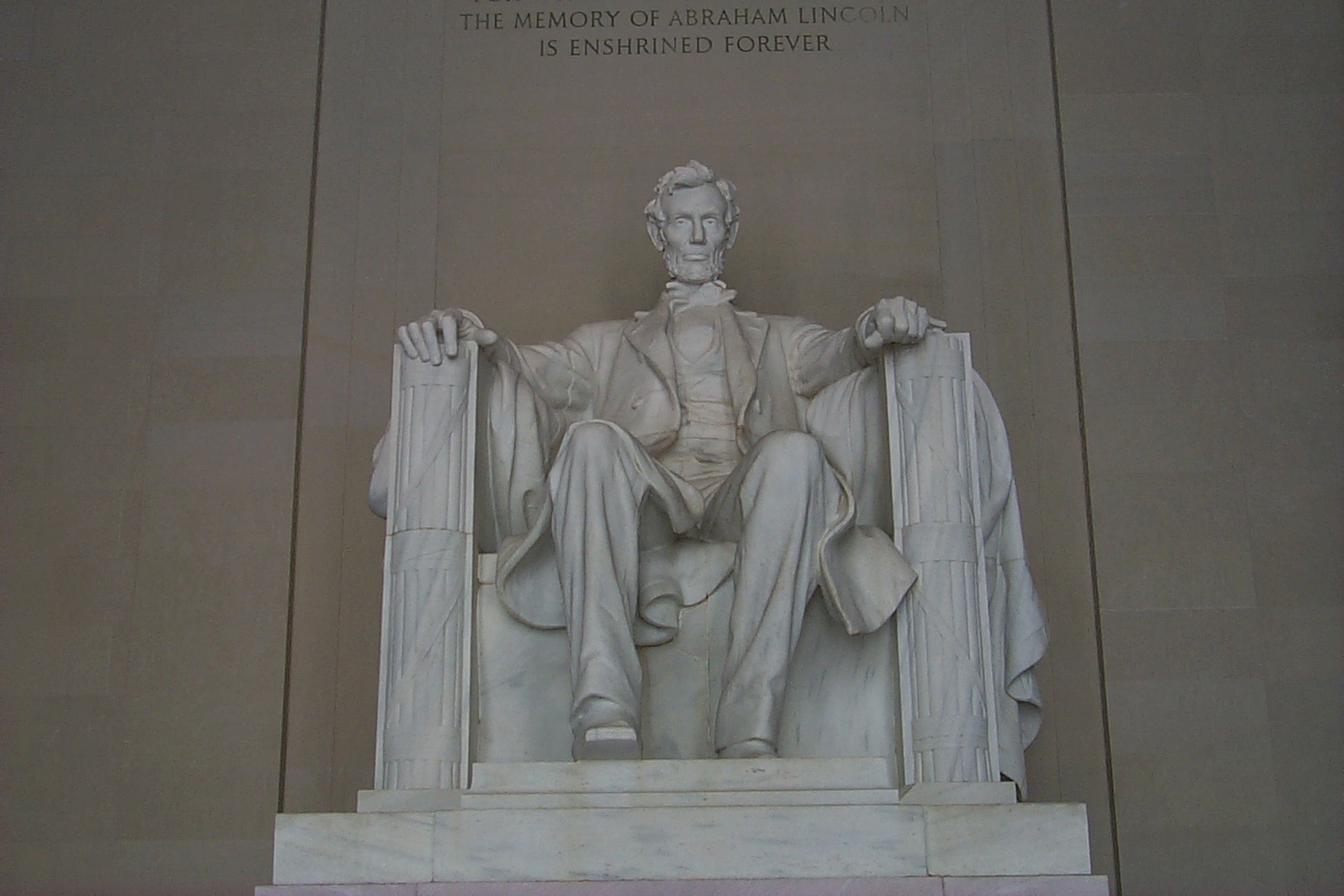 Marine One, the presidential chopper.  Saw it land at the Whitehouse, neat. 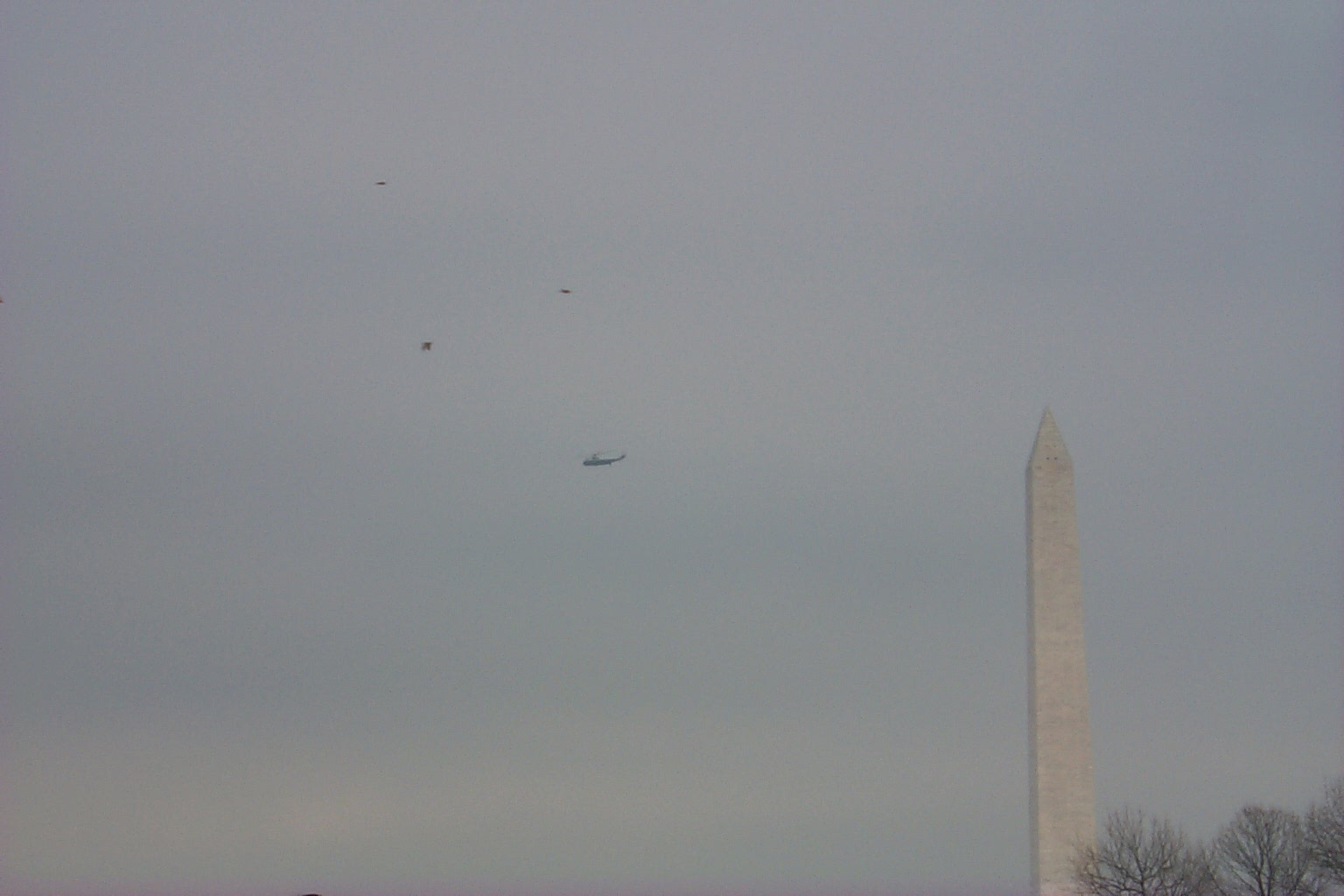 A building modeled after the hit series 'The West Wing'. 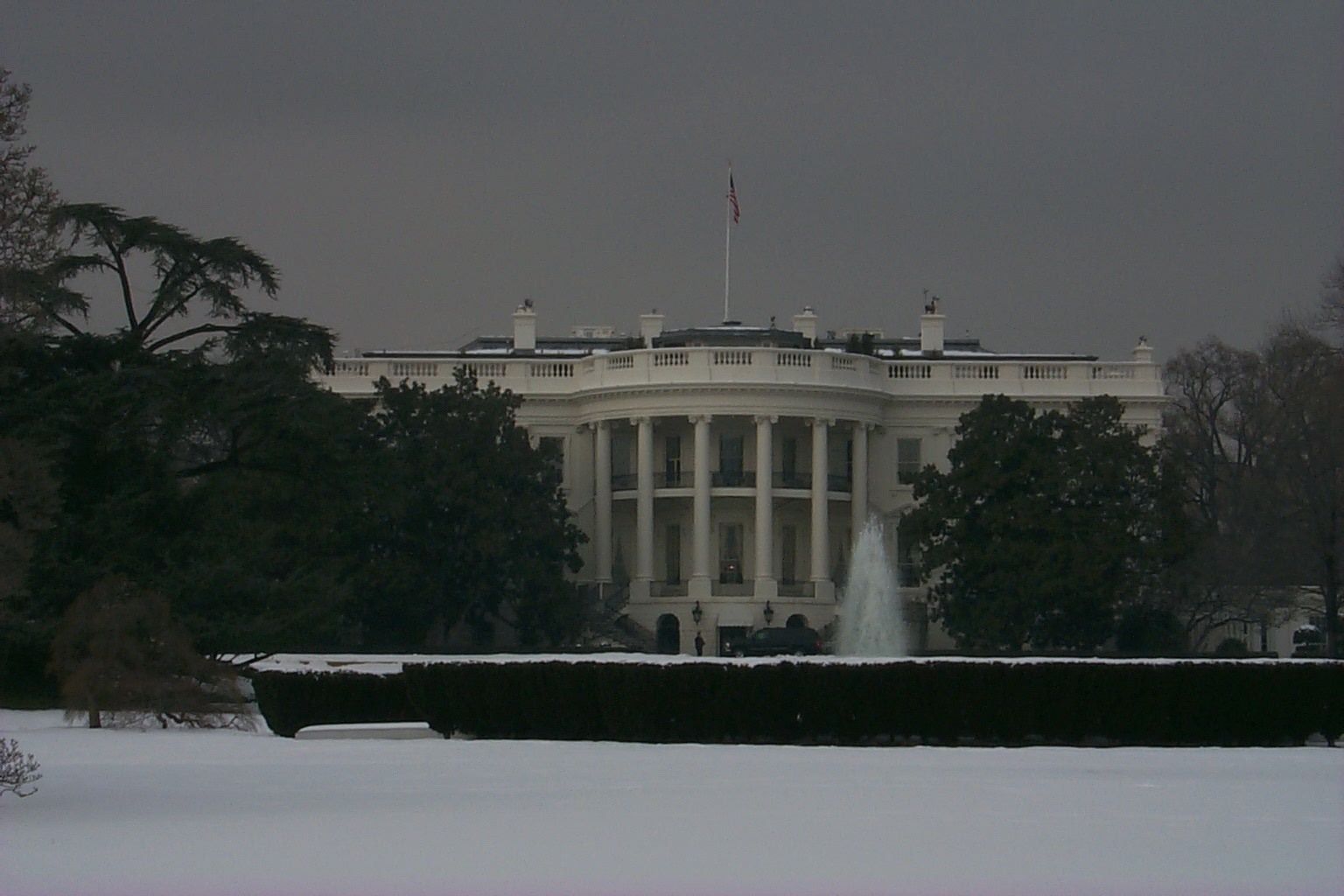 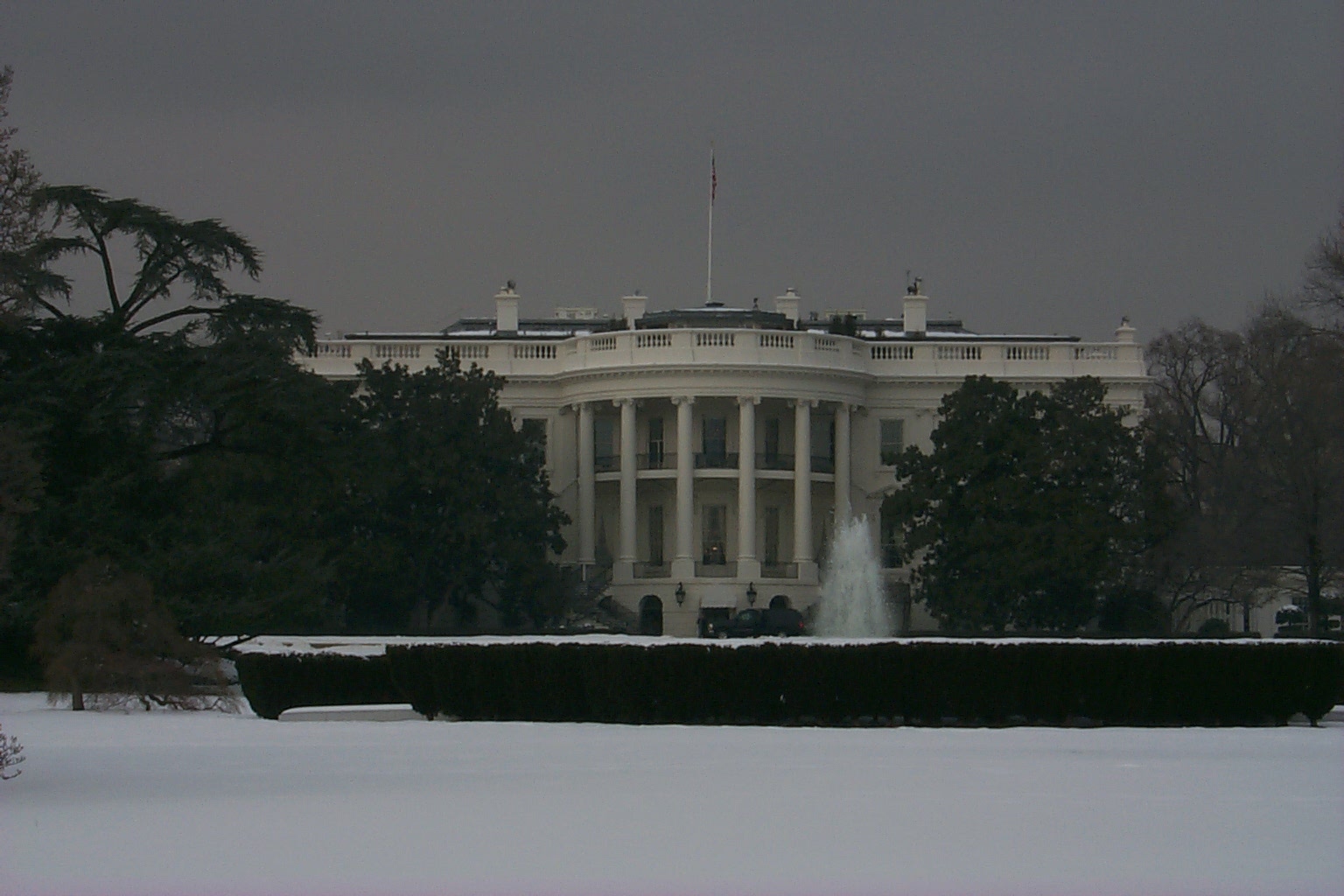 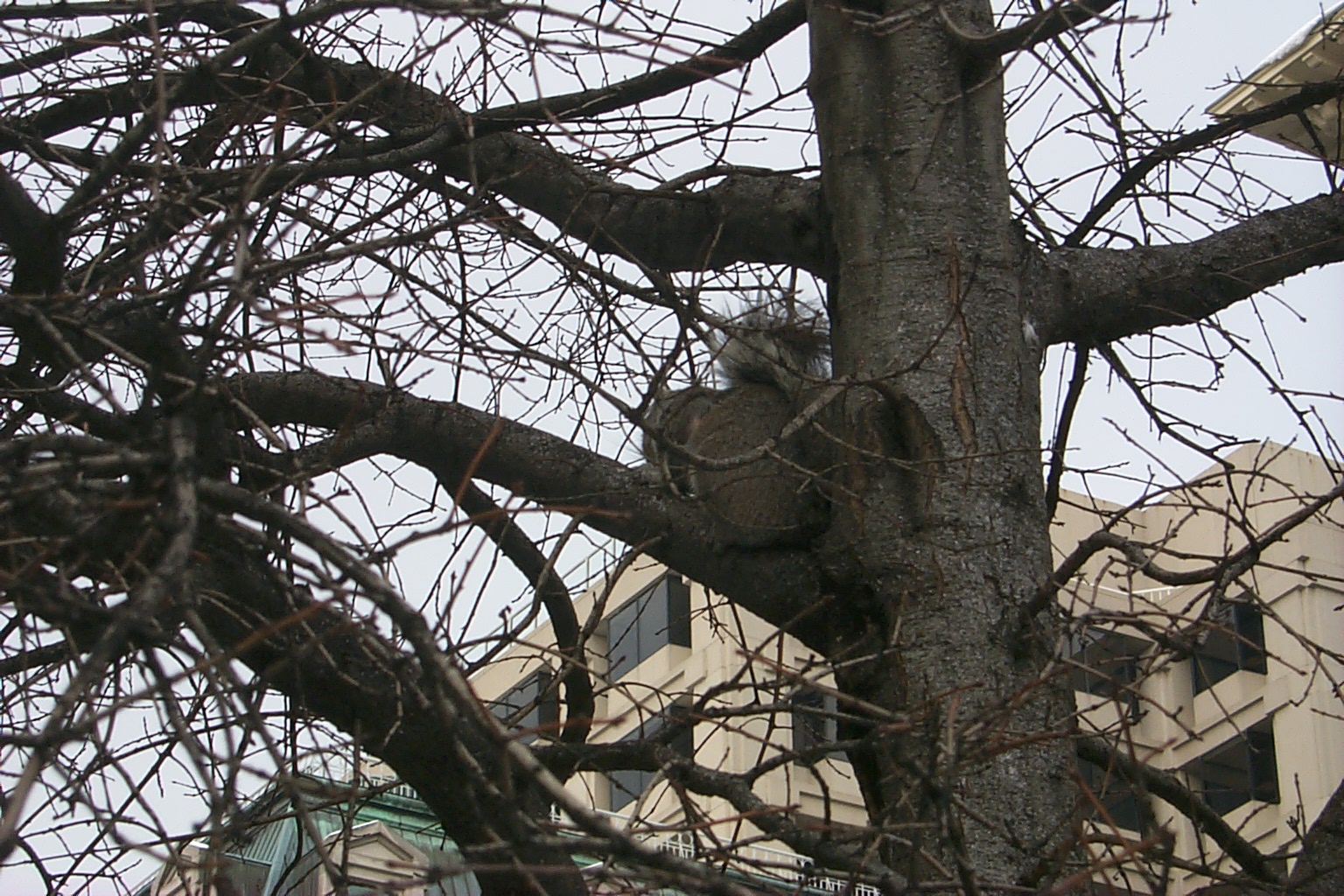 Heading back home, this is O'Hare in Chicago.  Colorful. 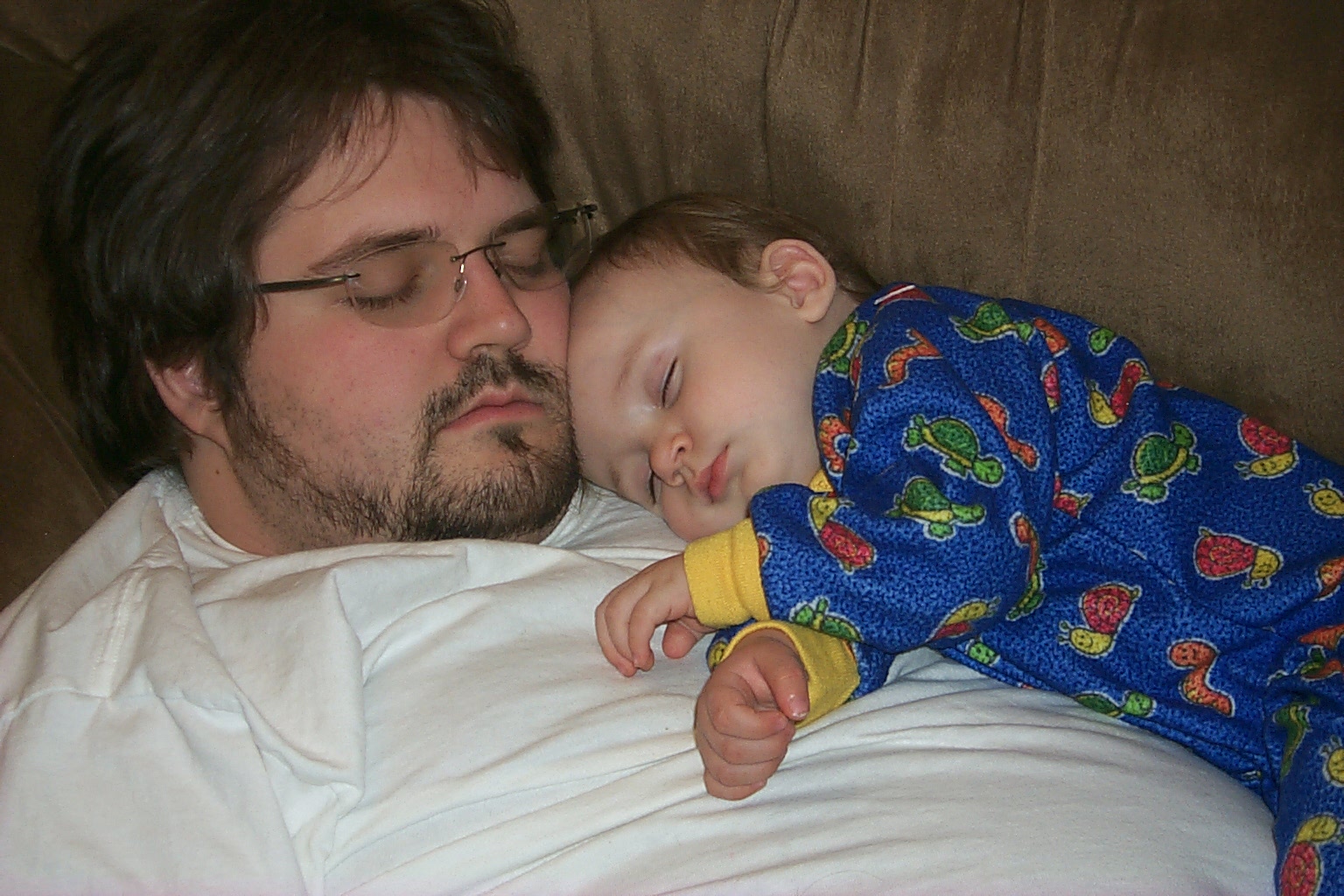